In spite of reported global sales of 1.7 million of the iphone 4, Apple’s firmware update appears not to have addressed the problem entirely. A report here, suggests that the update hasn’t solved the reception problem. In the meantime Apple’s shares dropped as a result of the persistent issues. In fact, one report suggest that Apple has been quietly recalling their latest model.
In the meantime, pictures of the next Apple model, iphone 5 have been released (apparently someone left it in a bar somewhere). 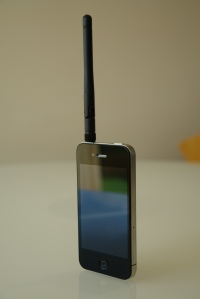