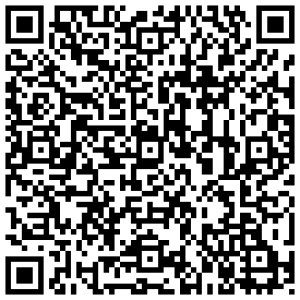 Many people are publishing stats and figures about mobile. Sometimes they ring true: the growth of smartphones, the increase in mobile search or the fact that most consumers want discounts from brands, are things that all make sense. There is enough anecdotal evidence around to support that. Some figures, though just don’t fit with what’s around. The latest one that doesn’t add up is some US research that suggests that 72% of people recall an advert with a QR code on it. I know a bit about the US market and although QR codes are becoming more used, 72% recall sounds very high.

The study also gave some glowing results on consumers wanting to use QR codes (87% would use one for a discount or voucher). The study was produced by US marketing communications agency called MGH. Whilst it’s important to gain an understanding of consumers and how they will use technology, it’s even more important to generate accurate results. What was the sample demographic used for this study?

My understanding is that most consumers don’t know what a QR code is, and those that have tried it found it doesn’t work very well. The former is backed up by study from youth communications firm, Dubit who found that  72% (co-incidentally) of teenagers didn’t know what a QR code was. Just 43% identified that it was something to do with a mobile phone and only 17% had actually used one. This was a weighted sample of 11-18 year olds (in other words, representative of that age group across the whole population). Teenagers are a pretty tech-savvy group if you ask me. If QR was becoming mainstream then I would expect that group to know about them.

Whilst QR codes clearly have potential, there seems to be a widespread problem in brands and advertising agencies, who believe that the presence of these square pixels is enough to interest consumers and get engagement. But QR has not caught the public imagination. If it had, the demand for them would be insatiable. It will take much more effort on the part of advertisers if they want to create successful QR engagement.

The current issue of the DMA Mobile Council Newsletter has an in-depth look at QR. Or see my previous blog; The Problem with QR Codes. (Oh, and if you are bothered enough to use QR codes, the one on the right takes you to a report on the US reserach)

3 thoughts on “People are more likely to recall an ad with a QR code. Really?”