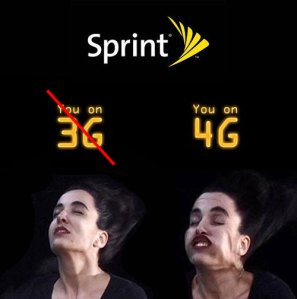 Update: The UK operator EE (Everything Everywhere), a partnership between Orange and T-Mobile have announced they will be offering 4g to customers in 16 cities by the end of the year. The UK operator Ofcom allowed the roll-out on their existing 1800 MHZ band ahead of their competitors, particularly O2, who would have to bid for the channel when the government announces their auction. More here: http://www.mobilebusinessbriefing.com/articles/everything-everywhere-reveals-uk-lte-launch-plans/25232?elq=fbaeda07d3784a24868b558af464bced#.UE8lQL3vvxo.twitter

In the UK we’re still waiting for our 4G. If the network operator data caps are anything to go by, 3G is creaking under the strain. However, in spite of early promises for the Olympics, it looks like the UK roll-out for 4G will take a while. Ofcom, the regulator won’t decide on how the spectrum will be sold until summer 2012. Then there’s the auctions. Then there’s the roll-out itself. When will we actually see 4G in the UK? 2014 would be my guess. In the meantime, the best solution seems to be O2’s one, which is to install WiFi hotspots for their smartphone users.

Other countries are way ahead. The US has tended  to lag behind other developed countries when it comes to mobile, but they’ve had it for over a year. So have Canada, and the obvious advanced mobile countries including S. Korea, Japan and most of Scandinavia. That’s all well and good, but a number of countries who would be considered less advanced in the mobile space are also starting to implement 4G. The include Bangladesh, Cameroon, Peru, Fiji, South Africa, Ghana, Jamaica and Nigeria. As has been predicted, it looks as if some up and coming countries will leap-frog their more mobile-mature counterparts with new, super-fast mobile connections. And when everyone can get high speed internet everything changes.
There’s a handy list of which countries have 4G (and 3G for that matter), here.